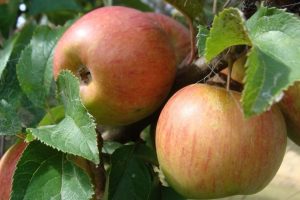 Q: When is an apple not an apple?

A: When we grow it in such a way that it is not able to fully develop to its potential, making it incomplete, and so, not suitable as human food.

I’m doing a lot of reading of a wide range of material at this time which is all pointing in the same direction. If our soils do not contain the right minerals in the right relationships, including all the minor minerals and the microbes and fungi that feed on the minerals, our food plants and animals  simply will not fully express in the way they genetically are built to express, in the way they did over many many thousands of years when the human race co-evolved with these plants and animals. It is my understanding, and the research coming in is in strong support of this, that our own human DNA needs high quality proteins, fats, and the full range of minerals, vitamins, secondary metabolites and probably much more we don’t yet understand, in order to maintain our genetic integrity.

The following article brought to my attention by Mark Christensen clearly shows us a link between soil health and human health via apples – the link is obviously there in everything we eat!!! It is our choice as home gardeners, farmers and food producers – do we choose to grow high brix food, do we care about the ongoing health of the human race? (Kay Baxter)

When I heard the field reports, the nutritionist in me was certainly intrigued and I immediately began planning an experimental trial for myself. I got some apples shipped from Washington state and bought a blood glucose meter. Let me help you understand the way the testing was done. I ate apples and tested my blood glucose response on 3 different days. The reason for this is that I had to start in the morning with a fasting blood glucose as a baseline. This means I had not eaten anything since the night before so that my blood glucose would be near the same level at the start of each day of the trial.  So the first thing each morning was getting my baseline reading, then I ate the apples (the same amount each time) and tested my blood glucose every 10 minutes. The chart below shows the results. The response to the well-managed apples is the line with diamond shapes. What was extremely surprising was that the apples with the highest level of sugars (measured in degrees Brix) had the lowest blood glucose effect! This was completely counter-intuitive! Apparently, when apples are grown well, they are able to taste wonderfully sweet and yet not spike the blood glucose.

The line with triangles on the chart represents the glycemic response to the lower brix apples. Even though the apples had less sugar, they caused the blood glucose to rise past 140 mg/dl. The line with squares, representing the medium brix apples, peaked between the others, which seems logical. Notice though, that the blood glucose dropped to near baseline quickly, whereas the higher brix diamond line continued on a low plateau for an extended period – just what we want from a food – sustained energy.

I did perform many other trials with various apples for comparison. I learned, for example, that just because an apple achieves a high brix reading does not mean that it will show a low glycemic effect. The method of growing appears to be key. What factors in these well-grown apples are responsible for the effect? That is one of the next research questions to be answered.